NEW BOOK REVEALS...
How to Be Ready For the Next Digital Currency Bull Run…
WITHOUT Needing Much Money, and Without Putting Your Savings At Risk!
Get The Free Book + FREE BONUS GIFTS VALUED AT $925- All for just the price of shipping!

DIGITAL CURRENCY 101 SECRETS: Upgrade now and get the beautifully packaged written transcripts of the Top Digital Currency Podcast Episodes, and the 25 Top Expert Takeaways for just $37 (A $297 Value)

But while he lost, you don't have to.
With top hedge funds, institutions, and experts predicting the price of the top digital currency could hit as high as $300,000 by 2022... which can trigger top altcoins to 1,000x [1]... now is the time you need to prepare for this next bull run, and that’s what this free book is here to do.

WE’ll pay for the book,
you cover the shipping!

Tell us where to ship your FREE copy today!

Our book will reveal... 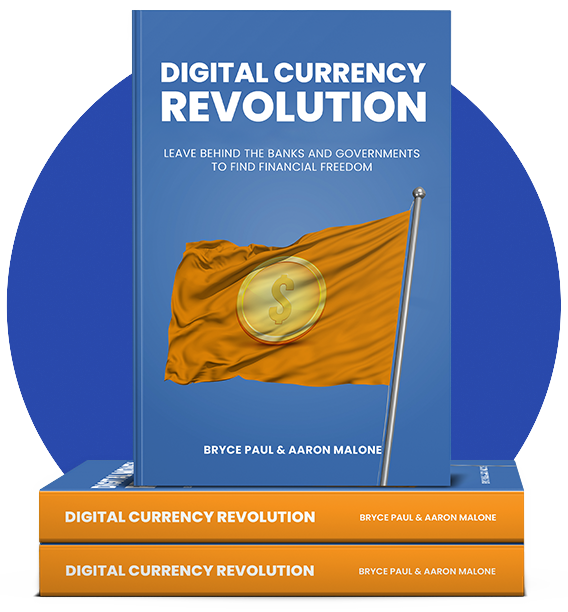 YES, SHIP ME THE FREE BOOK & FREE BONUSES! We'll Pay For It, You Cover The Shipping Cost!

Understand digital currencies and how they’ve been used to turn even micro investments into life-changing fortunes!

YES! I WANT MY FREE COPY OF DIGITAL CURRENCY REVOLUTION

What other had to say after reading the book...

* Past performance is not indicative of future results 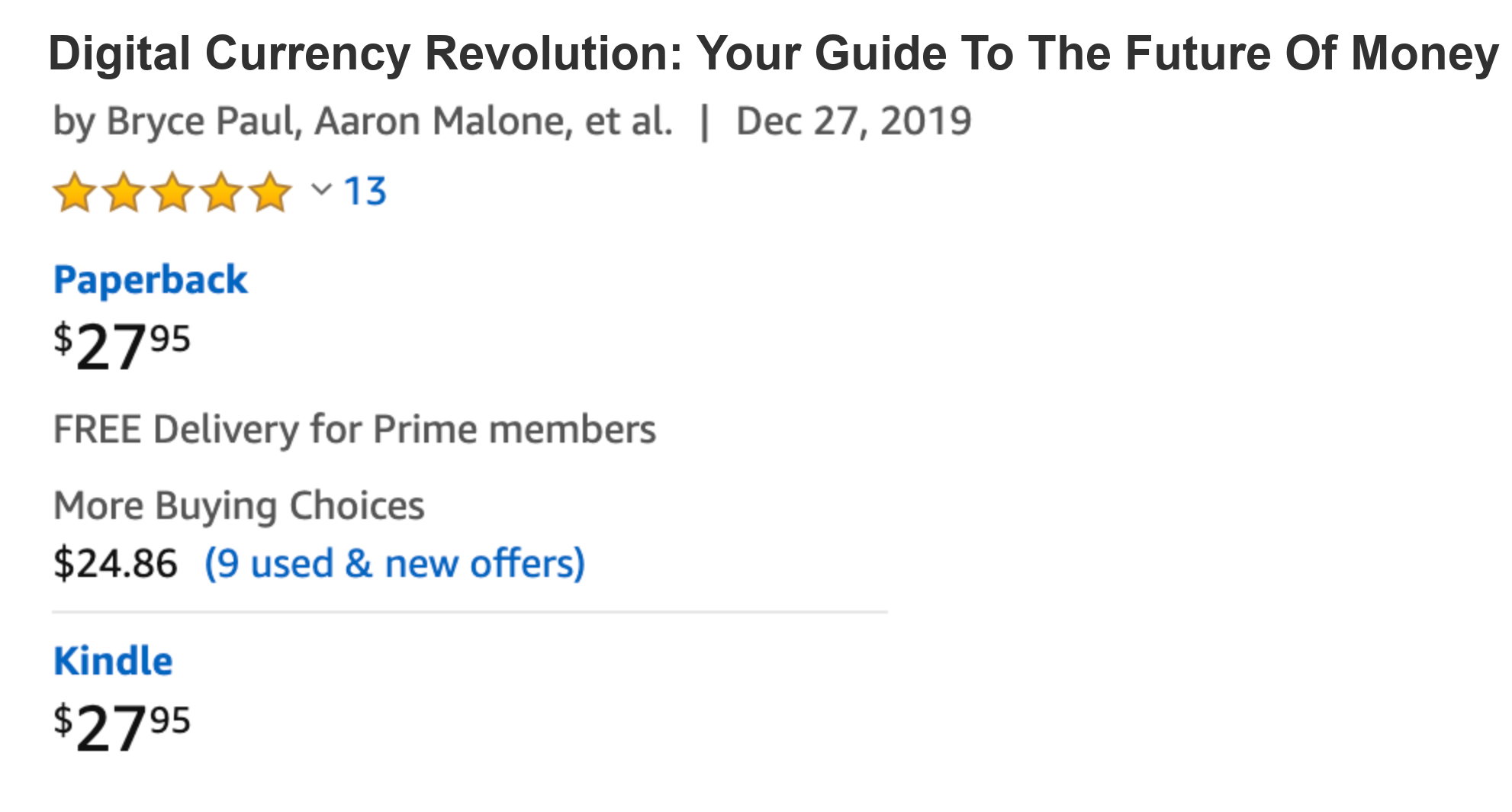 YOU SHOULD KNOW WHO WE ARE… 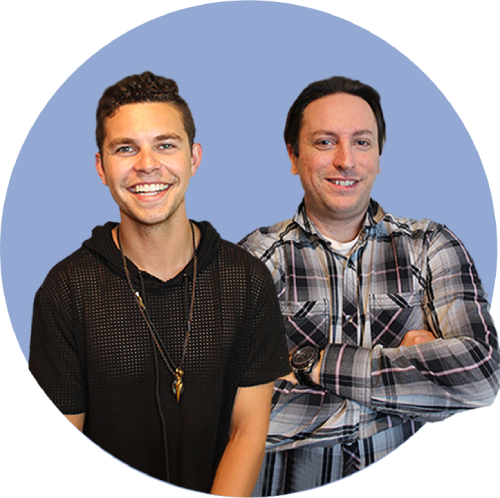 We're Bryce Paul and Aaron Malone.
Based out of San Diego, California, we’re the co-hosts of one of the world’s largest digital currency podcasts!
Over 6,500,000 people have listened to our 306+ episodes. We’ve won 6 major industry awards. And we’ve interviewed the top experts in the field.
Here's just a few of the many we now consider close friends...

Thanks to our millions of listeners, we've become some of the most connected people in all of digital currency...

And now we're paying it back. By telling YOU exactly what the experts told us!
YES, SHIP ME THE FREE BOOK & FREE BONUSES! We'll Pay For It, You Cover The Shipping Cost!
Dear Friend,
Many of the top digital currency experts predict the largest digital currency will hit $300,000 as soon as the end of this year. And new research from Binance shows this could trigger “altcoin season”, causing dozens of alt-coins to see gains of 1,000%+, with some possibly rocketing even higher.
We decided to write a book to show you exactly why they’re saying that… and to help you take advantage of the crazy amounts of knowledge they've shared with us right now before it’s too late!
Now, here's the deal.

We (Bryce and Aaron speaking) are, well, a little crazy.
We believe in the oncoming digital currency revolution so much, we've decided to give away this book for free!
Now, we’ve updated everything so you can profit from the current bull run.
At first we were hoping to sell it, and watch it rise in the charts to become a bestseller...
But, because we're so passionate about this industry we want the book to have the largest impact as possible...
We've decided to do what a crazy person would do... AND THAT'S GIVE IT AWAY FOR FREE!
YES, SHIP ME THE FREE BOOK & FREE BONUSES! We'll Pay For It, You Cover The Shipping Cost! 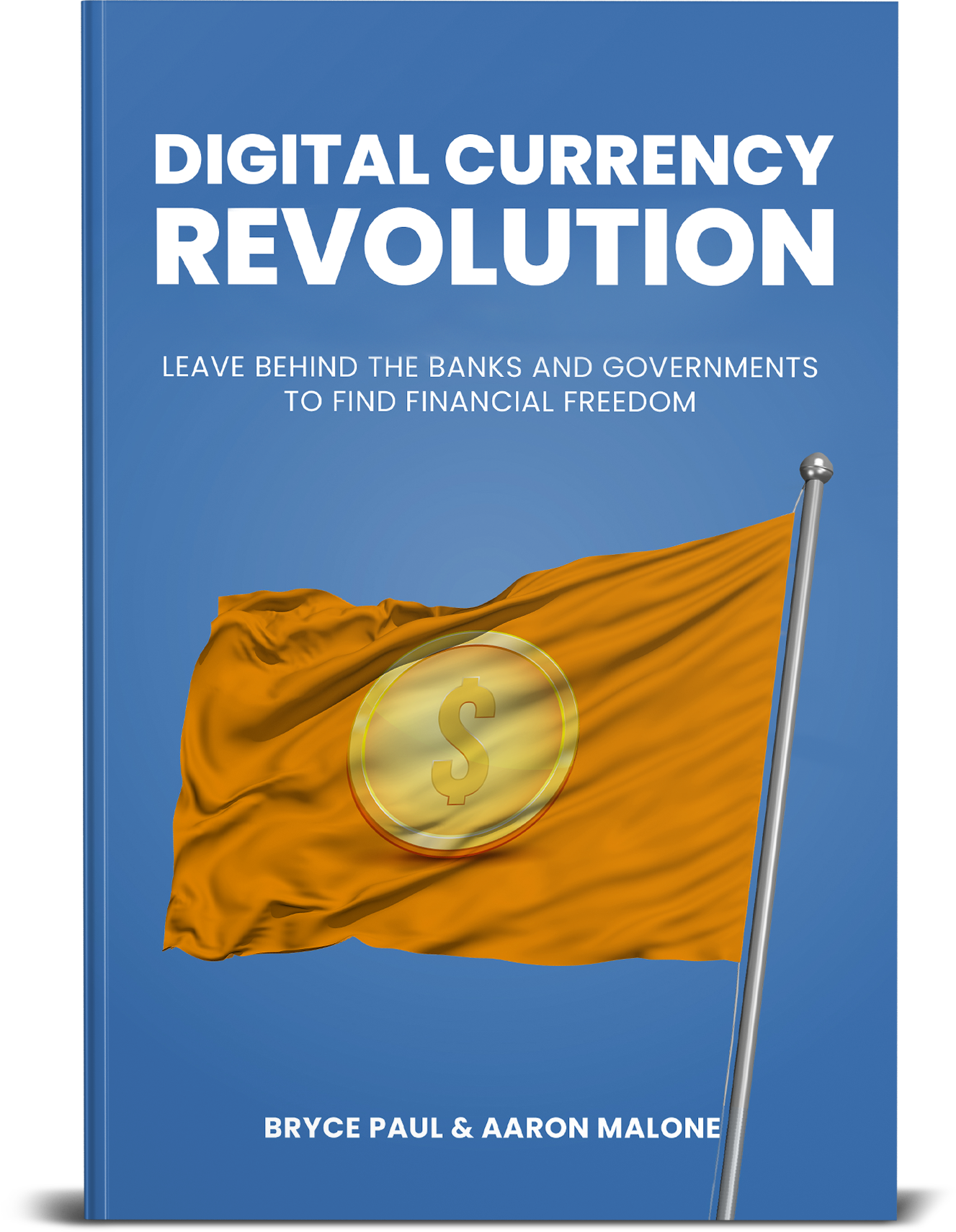 This is unlike any book you’ve ever read.
First off, it's brand new! So you’ll read the latest and greatest news, straight from the leading edge. We’re also going to show you the safest and easiest ways to get involved… how top experts are generating huge returns from the current digital currency boom… and strategies for maximizing returns while minimizing your risk. It’s an approach we designed from the ground up for beginners (although experts will get value from it too).
This book shares tips and strategies for 2022 specifically. Because this industry changes so fast, that’s essential.

HERE'S JUST SOME OF THE THINGS WE'LL COVER IN DIGITAL CURRENCY REVOLUTION...

The Ultimate “Insiders” Collection Of Digital Currency Secrets!
Your third bonus is a collection of the best secrets we use to invest in the hottest digital currencies on the planet.
Guide #1: Reveals why digital currency is unleashing the biggest money revolution in the history of the world… and… how to make sure you don’t get left behind!
Guide #2: Do you know what this digital currency code means: “38xFFKmQdY8Ax6e8Gfz4D7Wr9K1CVPUY1a”? Whether you do or not, this is a MUST-READ guide. You’ll learn the key concepts critical for safe and smart digital currency investing most people are clueless about!
Guide #3: Don’t even think about buying any digital currencies before you read this. Or you could make these common mistakes (like most people) and cost yourself a small fortune in the process.
Guide #4: Details the steps to safely placing digital currency trades and turning your investments into bigger profits and cash!
Guide #5: Reveals what we call “The Single Crypto Retirement Plan.” This is our ingenious strategy for building a specialized crypto portfolio. A portfolio packed only with early-stage, small-cap coins. Anyone of which could set you up for life. Just wait until you see this!'

How To Find The Coins With The Highest Profit Potential!
You’ll get a special report that reveals the step-by-step system we use to evaluate potential digital currency opportunities.
You see, digital currency are unlike any other investment on the planet. They’re not like stocks, bonds, real estate or anything else for that matter.
So you can’t use regular methods of determining value. Without a proven system, you could miss out on huge gains… or… even worse… lose money on bad digital currency investments.
In this guide (which you can download in the next few minutes), you get the process and checklist we’ve refined over the years to identify potential big winners, avoid the losers… and… accurately time buys and sells based on the trend of any digital currency!

YES, SHIP ME THE BOOK & FREE BONUSES! We'll Pay For It, You Cover The Shipping Cost!
Think that is already a lot? In this book you are also going to learn...

We know from past bull runs that the real money is in altcoins. In fact, in the 2017 bull run, while the top digital currency grew by 900%... multiple altcoins saw growth of over 100,000%! (And the altcoin Verge grew by a whopping 1,581,942%!).
The problem is, most people made these returns by investing early in a coin's inception, which no long exist. Thankfully (although few know it) something even better has replaced them.
In Digital Currency Revolution, we show you what’s replaced ICOs. And why it’s far more transparent and safe than ever before. We also highlight some of our favorite coins, and give compelling reasons why these are most likely to see massive gains in 2022.
YES, SHIP ME THE FREE BOOK & FREE BONUSES! We'll Pay For It, You Cover The Shipping Cost!
Why Is This Book Free?
If you are worried about missing out on the current digital currency bull run, this book offers confidence and peace of mind. In detailed step-by-step fashion, we outline the EXACT strategy we’ve used to grow our investments by thousands of percent.
(Please note, investing is risky and financial gains are not guaranteed, however we are showing you what we are doing to succeed.)
This begs the question…

If the information in this book is so valuable, why is it free?
It’s true that we could make a lot of money selling this book at full price.
In fact, we currently sell copies that retail for $26.55 every single day on Amazon.
So here are two reasons why this book is free...
First, our goal is to get this book into the hands of the people who really need it.
Everyday men and women who can best use this opportunity, but don’t know enough to do so safely.
Making the book free gets this vital info to the people who need it the most.
And, we're confident that once you read this amazing book, you'll join the digital currency revolution and get more involved in our community and you will want to become a customer of our other services, events, and resources we offer.
That being said, this book holds nothing back. We literally give you the same strategies we personally use.
*Investing is risky. Financial gains are not guaranteed.
YES, SHIP ME THE FREE BOOK! 100% Lifetime Satisfaction Guarantee

YES, SHIP ME THE FREE BOOK & FREE BONUSES! We'll Pay For It, You Cover The Shipping Cost!
SPECIFICALLY WRITTEN
FOR PEOPLE WHO ARE NOT TECH SAVVY!
We learned digital currency the hard way – combing through pages of internet forums and getting yelled at for asking stupid questions. We wrote this book so you don’t have to do that. In fact, this book gives you a step-by-step guide to smartly invest in the top coins for 2022 (as the current digital currency bull run heats up).
HERE'S WHAT TO DO NEXT
YES, SHIP ME THE FREE BOOK! 100% Lifetime Satisfaction Guarantee 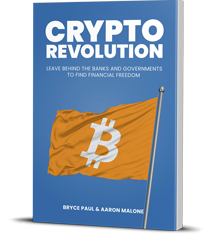 THIS BOOK IS FREE!

All we ask is for you to help by covering the postage cost of $7.95.
That's based on the USPS flat rate for a book like this. It's $7.95 to anywhere in the U.S.A, and $24.95 for international shipments.
Your book will be shipped within 24-hours! You can expect to get it about five business days later.
YES, SHIP ME THE FREE BOOK & FREE BONUSES! We'll Pay For It, You Cover The Shipping Cost!

We believe there will be another bull run sooner rather than later. When this happens, it will hit hard and fast. Most people will probably miss out.
So you want to make sure you know this info BEFORE the next bull run happens. The good news is, you’ve come to the right place at the right time. Right now – while it’s not too late to catch the next bull run!

SERIOUSLY, DON'T LET THAT HAPPEN TO YOU!

YES, SHIP ME THE FREE BOOK & FREE BONUSES! We'll Pay For It, You Cover The Shipping Cost!
SO, YES...
YOU REALLY ARE GETTING THIS BOOK AND THREE FREE BONUSES FOR JUST THE SHIPPING COST OF $7.95 BUT…
The digital currency market can change on a dime so it’s in your best interest to read this book sooner rather than later. By the time you hear about a bull run on mainstream news, it will be too late. 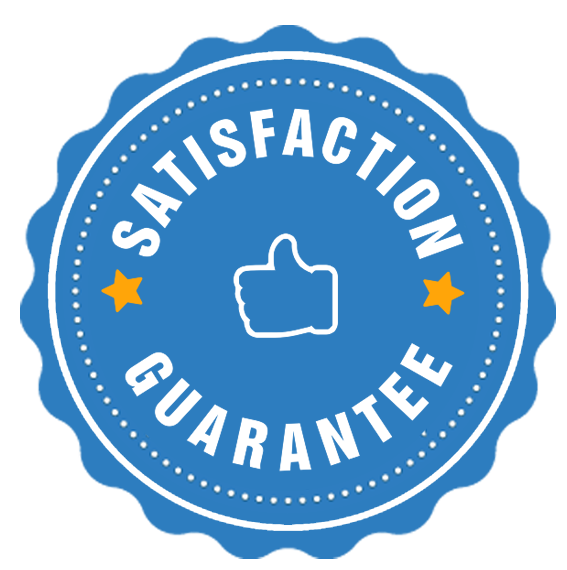 THE BOOK IS FREE, AND ALL YOU PAY IS THE SHIPPING OF $7.95.
We’re also walking you through the investment strategy we recommend all investors start with for safer and higher probability gains. As well as 3 free bonuses for investing in alt-coins – the segment of digital currency likely to see the biggest gains in a 2022 bull run.
THERE IS NO CATCH. In fact, we’re so confident you’re going to love the book, that if you don’t, we’ll give you back the $7.95 in shipping… and you can keep the book.
YES, SHIP ME THE FREE BOOK & FREE BONUSES! We'll Pay For It, You Cover The Shipping Cost!
DISCLAIMER
The advice and strategies contained herein may not be suitable for your situation. You should consult with a professional where appropriate. Readers acknowledge that the authors are not engaging in the rendering of legal, financial, medical, or professional advice. The reader agrees that under no circumstances Boardwalk Flock, LLC is responsible for any losses, direct or indirect, which are incurred as a result of the use of information contained within this page, including, but not limited to, errors, omissions, or inaccuracies.
Results may not be typical and may vary from person to person. Making money trading takes time and hard work. There are inherent risks involved with investing, including the loss of your investment. Past performance in the market is not indicative of future results. Any investment is at your own risk.